"Tortus" (トータス, Tōtasu?) is a world that is among one of nine alternate realities branching off of a root world. It is the main setting for the both the Arifureta: From Commonplace to World's Strongest (ありふれた職業で世界最強, Arifureta Shokugyō de Sekai Saikyō?) and the spin-off Arifureta: From Commonplace to World's Strongest Zero (ありふれた職業で世界最強 零, Arifureta Shokugyō de Sekai Saikyō Zero?) series. For many millennia, the ihabitants of Tortus were used as pawns in a war created by Ehit for his own personal entertainment. However, due to Hajime Nagumo, Ehit was killed, freeing Tortus from his manipulation and tyranny forever. 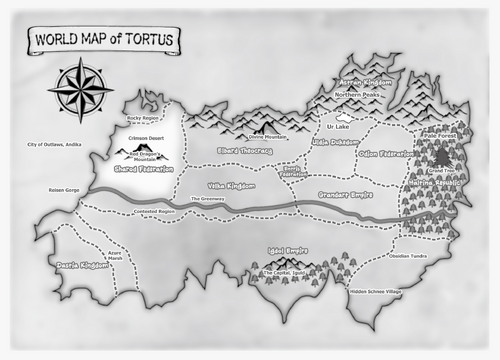 During the "Zero" timeline around 1000+ years ago, Tortus had multiple Kingdom's and were ruled by many different races.

These Locations existed 2,000+ years ago, and have either perished or changed names over the course of years, by the time of the Main Series timeline.

Retrieved from "https://arifureta.fandom.com/wiki/Tortus?oldid=35056"
Community content is available under CC-BY-SA unless otherwise noted.